Earth Day Every Day: What Did We See and Learn from Earth Day 2020’s Digital Actions?

At Bank of the West, we try to promote an “Earth Day is every day” mentality. That’s one reason why we launched the new 1% for the Planet account1—the first checking account designed for climate action. The account helps you track the carbon footprint of purchases2 and gives 1% back of net revenue to the environment, at no cost to you3. There are lots of great ways to take action, express your convictions, and press for change. Here are some of the most inspiring ones from this year’s Earth Day, all relevant, inspiring, and in many cases ongoing.

On 22 April, 1970, around 20 million Americans took to the streets, many wearing masks, to protest the pollution that was choking cities and turning rivers black. Fifty years on, with a new silent killer in the air and the climate crisis more urgent than ever before, Earth Day moved online. Virtual concerts, no-fly conferences, and digital activism replaced the types of physical protest coronavirus has rendered untenable for now.

From Greta Thunberg’s school strikes and Extinction Rebellion’s traffic-stopping protests to Jane Fonda’s arrests at the Capitol, on-the-street environmental activism delivers an emotional punch and consciousness-raising impact that’s hard to equal. But, argues Dr. Lee M. Pierce, who teaches rhetorical communication at SUNY Geneseo and is writing a book on the history of protest in America, that’s not to say digital activism is ineffective. “If you look at a lot of the uprisings that have happened over the last 20 years: the Arab Spring, Occupy Wall Street, and many protests in Asia, they all started online,” she said, in a telephone interview. “They started online from communities that spread ideas.”

This year’s Earth Day, created under real pressure of both time and logistics, took protest and education online in innovative ways. Here are eight that made an impact.

Working pro bono, creative agency FF Los Angeles created an Earth Day video for Greta Thunberg’s Fridays for Future movement, echoing her speech to the UN where she warned the world “our house is on fire.” In the eerie, compelling, one-minute spot, which drew coverage from national and international media and hundreds of thousands of views on YouTube, a family goes about its morning routine, oblivious as flames take hold of their home. The medium was a wise choice: Pierce notes that YouTube is one of the most successful social media platforms for activism, as its algorithm doesn’t excessively favor brands, corporations, or accounts with many subscribers. 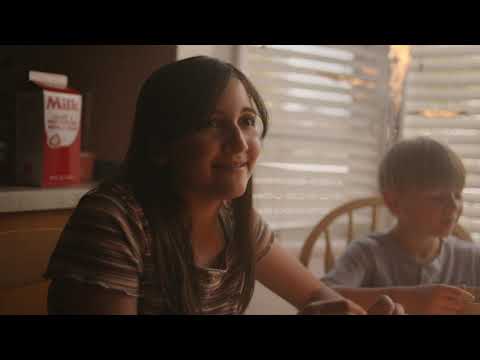 Patagonia creator Yvon Chouinard, co-founder of 1% for the Planet, doesn’t normally celebrate Earth Day, believing the environment is too important an issue to be relegated to one day a year. This time, as the health crisis shone a mirror on the climate emergency, he wrote a letter to the 1% for the Planet community, calling on them to stay committed. “When Patagonia has faced hard times before, as we are now, the absolute last thing that we would give up is our 1%. It’s a cost of doing business on this planet,” he wrote.

While few things can replace the visceral thrill of a stadium concert, Jesse Paris Smith, Patti Smith’s musician daughter, made social distancing and solo performances suddenly intimate, as big names performed solo without fancy gear or lighting. She brought together stars, including Cat Power, Michael Stipe, and her mother, and climate activists such as Bill McKibben, for a virtual Instagram gathering with a fireside feel as part of the Pathway to Paris events series.

We Don’t Have Time ran a no-fly climate conference out of Washington and Stockholm, digitally streaming live studio presenters, video-conferencing panels, and speakers sharing videos, slides, and more. Around 100 global experts talked about topics from finance and the circular economy to agriculture, food, and cities, with almost half a million guests from all around the world tuning in each day.

Founder of #EarthDay @DenisHayes talking about the foundation of this global day 50 years ago. "It created a context within which in the next ten years we were able to be basically unstoppable." #EarthDayWeek #WeDontHaveTime pic.twitter.com/4mbEhTHaAS

Climate News Cut Through the Chaos

While it’s hard, Pierce notes, for NGOs to compete with the marketing budget of collaborations such as LEGO and NASA, which launched a popular “Build a Planet” challenge, two important reports on the actual planet hit the headlines with a timely Earth Day release. The World Meteorological Organization showed that the past five years had been the hottest on record, with the world warming by more than 1.5° F (0.86° C) since the original Earth Day. The European Union’s Copernicus Climate Change Service confirmed that 2019 was Europe’s hottest known year, with some parts of Europe hitting daily average temperatures up to 16° F (9° C) higher than normal in summer months.

Leadership Came from Beyond the Nation-State

Spiritual and transnational leaders spoke up for climate with an urgency not seen before and national media, international media, and even social media listened. The Dalai Lama issued a plea linking the environment to the global need for clean water and healthcare; Pope Francis gave an impassioned speech, saying, “We have failed to care for the earth, our garden-home; we have failed to care for our brothers and sisters. We have sinned against the earth, against our neighbors, and ultimately against the Creator.” António Guterres, secretary-general of the United Nations, set out a bold, six-point plan for Earth Day, demanding a shift to a green economy as part of Covid-19 recovery.

We can no longer exploit the resources of this earth—the trees, the water, and other natural resources—without any care for coming generations. Common sense tells us that unless we change, we won’t survive. This Earth Day let’s resolve to live in harmony with nature.

Under Covid-19, homeschooling is no longer niche. NASA created a wealth of Earth Day homeschool resources, from posters and printables to activities, embeds, scale climate models, and even complete lessons. The American Museum of Natural History hosted live Q&As. And the National Park Service offered webcams, virtual tours, and much, much more. NASA’s video featuring images of Earth, starting with 1968’s iconic Earthrise photo from Apollo 8, was magical, moving—and terrifying in its wordless depiction of the vanishing Arctic sea ice. 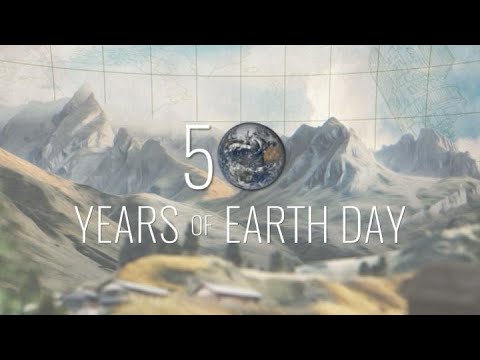 These were some of the most engaging ways environmental activism moved into the digital realm this year, inspiring and activating people worldwide. For Pierce, the most important Earth Day takeaway from these digital actions and beyond is to hold corporations to account. “Saying we’re going to ‘go green,’ or we have a ‘commitment to sustainability,’ or we’re ‘earth-friendly’—who knows what that means?” she said. “We need to start looking at companies and holding them accountable, getting them to use phrases like ‘15% reduction in carbon emissions’ or ‘commitment to zero carbon footprint’—the kind of language that will have a concrete, measurable impact.”

Disclosures
1) With 1% for the Planet with Any Deposit Checking the $10.00 monthly service charge is waived with one deposit of any amount each statement cycle. Deposits include direct deposit, mobile deposit, ATM deposit, or in-branch deposit of any amount. Does not include fund transfers between Bank of the West accounts or any credits from Bank of the West. Monthly service charge is also waived if any account owner is under age 25.

2) The carbon impact tool for 1% for the Planet with Any Deposit Checking account, uses the Åland Index, a cloud-based service for carbon impact calculations to provide a measurement of the potential carbon impact of purchases made with the debit card for your 1% for the Planet with Any Deposit Checking account. The calculation is based on the Merchant Category Code assigned to your debit card purchase and indicates the classification of goods or services a company provides, as well as the amount of the purchase. The actual carbon impact may be higher or lower than measurement provided. The Åland Index is the leading index solution for carbon emission calculations for payments and financial transactions. To learn more visit alandindexsolutions.com. Bank of the West does not control or guarantee the accuracy of the information provided by the Åland Index and makes no representation or warranties regarding the services.

3) Net revenue is defined as fees charged directly to the account, plus interest income, minus losses. Net fees is gross fees charged less reversals. Interest income is defined as the lowest end of the target Fed Funds range during the time period being assessed, multiplied by the average balance of the account and the percent of days in the year during which balances were held. Debit card revenue is not included in the account revenue calculation.

Where You Put Your Money Matters

At Bank of the West, your deposits do not finance Arctic drilling, coal-fired power plants, fracking, or big tobacco. Instead, they are helping fund more than $1 billion in renewable energy projects.